Need some help with your finances? We provide support for voluntary groups through improving their financial skills, knowledge and practice. The programme offers workshops, 1-2-1 surgeries, large networking events, access to financial toolkits, fact-sheets and more.

Thanks to the generous funding of the City Bridge Trust, Aston-Mansfield are offering this programme free of charge. We will be delivering these activities in eight local places, but we can also visit you and/ or your team at a suitable place. To book a 1-2-1 session or to find out more information, please send an email to: FFP@aston-mansfield.org.uk

The Fitter Finances Programme is open to individuals and voluntary groups that are based in Newham. 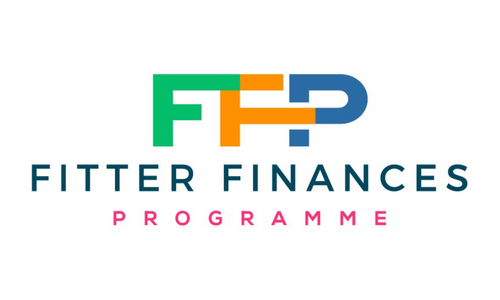 Factsheet 1A – Model Role Description For a Treasurer (1)

Factsheet 7 – What Checks Are Needed On our accounts final (1)

We have produced 9 short videos to help individuals and voluntary groups in understanding topics such as: gift aid, bookkeeping and more.

You can watch the introduction on this page, and get access the full Training Programme for free, here: www.aston-mansfield.org.uk/digital-training-programme/

28th September 2022
Ever wondered how you could boast your charity’s income and engagement? Join this interactive workshop to find out how!

Who is part of the FFP team?

Kemar Walford is our Fitter Finance Programme Manager. His experience includes working with mainstream charities such as London Youth, Caritas Anchor House, Ladies Who Learn and the Bromley by Bow Centre. He worked for the Big Lottery Fund for the bulk of his career in grant assessment, management and more recently supporting groups in the West Midlands and East & West London. He also volunteered as a mentor working for Sported in the West Midlands to capacity build small community based sports groups. He is also the Chair of a special interest group of the Institute of Fundraising (Black Fundraiser’s UK). He joined Aston-Mansfield in 2017 where he regularly conducts 1-2-1’s and workshops with Newham based groups, empowering them to be financially stable.

Mustafa Arrale is our Fitter Finance Programme Officer. He has spent over 20 years working and volunteering in the voluntary sector. His jobs have included capacity building, fundraising, consultancy, training, financial advice etc at a variety of organisations, including Ealing CVS. Since 2017, he has been working as the Fitter Finance officer at Aston-Mansfield, and has been supporting groups in Newham develop their skills, knowledge and expertise in financial management. He has also run training on topics such as Gift Aid for groups in Newham.

What feedback have you received?

The workshops and training sessions have enabled individuals and groups to be confident in understanding the importance of financial procedures, and the need to apply them to their organisation. One person said: “I was able to set up my social enterprise.”

The Fitter Finance Programme has empowered numerous groups in Newham; from cultural groups to youth charities; they have enabled voluntary groups to be financially resilient. One of the groups they have supported throughout the year is: the Chinese Association (NCA). NCA provides a range of services to the Chinese community in the London Borough of Newham. Its principal activities include elderly luncheon club, interest classes, library service, community projects, and festive and birthdays celebrations.

The NCA faced several issues. For example, their Programme Coordinator, Gill stated that: “most of our board members don’t know English so they don’t know where to apply for funding or don’t have capacity or skills. They don’t have the knowledge of how to fundraise, they were only doing it on a small scale”. The Fitter Finances Programme encouraged the NCA to apply for small, medium and large funding opportunities, and asked them to explore different avenues for income. They also signposted the NCA to several funding applications that they could apply for, explaining to them how to write a strong case. Through going to FFP events, Gill stated: “meeting the funders was very helpful in exploring different ideas. Knowing how to meet the needs of the beneficiaries. Hearing from other organisations was very helpful”. Gill was able to hear from funders who she had not been in contact with.

Gill stated that “we didn’t know how to effectively fundraise, we were only doing it on a small scale… now as a team we are more confident, we don’t give up on funding applications even if they are lengthy. It is very assuring to know that the Fitter Finance team are going to support us”.

It is evident that the Fitter Finance team has enabled the entire team to be more confident: “The center, due to lack of language did not venture out to different places. Now we can talk to different organisations, our members have attended citizens assemblies.”

The team are always looking to improve their services and regularly ask the groups they work with how they would like to move forward, Gill stated:  “I would like to learn budget plans and gain further practical support to go through the applications.”

The Fitter Finances team are committed to spending sufficient time with each group that they work with, Gill stated “I am grateful that the team are very generous with their time. They gave us moral support and guidance.”

Who are you funded by?

Thanks to the generous funding of City Bridge Trust we are able to deliver the Fitter Finances Programme for free.

Signposting and Other Useful Resources

The National Lottery Community Fund is to commit up to £300 million over the next six months to helping charities tackling the coronavirus crisis.

The trust will continue to support the smallest of charities (spending less than £40k per year) and only fund running costs (including rent, utilities and salaries) with grants of up to £9,000 over 3 years. To apply, visit: https://yappcharitabletrust.org.uk/how-to-apply/

The Young Women’s Trust has launched an emergency fund to help young women struggling financially as a result of the coronavirus pandemic. The fund will provide relief payments of £150 to young women aged 18-30 struggling to afford essentials such as food, utilities and rent for themselves and their families.

Charity Finance Group is the charity that inspires a financially confident, dynamic and trustworthy charity sector. They do this by championing best practice, nurturing leadership and influencing policy makers. This page provides details of the key things that may help groups to manage their finances during this period.

Charity Tax Group (CTG) has supported a large number of charities to save £8.3 billion in tax. They work together to campaign for the sector, improve understanding and secure a fair deal for charities on tax.

This website uses cookies to improve your experience while you navigate through the website. Out of these, the cookies that are categorized as necessary are stored on your browser as they are essential for the working of basic functionalities of the website. We also use third-party cookies that help us analyze and understand how you use this website. These cookies will be stored in your browser only with your consent. You also have the option to opt-out of these cookies. But opting out of some of these cookies may affect your browsing experience.
Necessary Always Enabled
Necessary cookies are absolutely essential for the website to function properly. This category only includes cookies that ensures basic functionalities and security features of the website. These cookies do not store any personal information.
Non-necessary
Any cookies that may not be particularly necessary for the website to function and is used specifically to collect user personal data via analytics, ads, other embedded contents are termed as non-necessary cookies. It is mandatory to procure user consent prior to running these cookies on your website.
SAVE & ACCEPT